This is the second time some scammer has picked me out of the friends list in Facebook. So my friend, Harriet, got hacked. Sure enough some scammer in the Philippines starts chatting me up:

I was able to get this guy to email me so now I have his ip address:

With an ip address in hand I can find out where he is:

Then I sent an email detailing the situation to the abuse team at that server farm.

Things to do to keep yourself safe online:

Wow, I got full on involved with a scammer for the first time just earlier this morning. So I get an instant message on facebook from a friend of mine, lets call him Yoni. What's up Yoni? How goes... bla bla. Right? No, not today. Today someone decided to hijack Yoni's facebook account and try scamming his friends. Well, color me impressed! Instantly I realize this is a scam so I try to put "Yoni" to a test. Obviously sideswiped. So lets play on, player.... I am posting the logs, host lookup, whois lookup and a screenshot or two. We'll see where this goes, I just started talking to the scammer again. This is really a lot of fun.

Obviously Yoni's entire setup is compromised. Not only his Facebook but also his Yahoo email. Either he is using the same password for multiple sites (tisk tisk) or his machine got so rooted that they are streaming keystrokes back to the mother ship. Either way he is pwned in a major way. Yes I already left him and his girlfriend a voice mail and sent them texts so, If either of you are reading this change all your passwords pronto. Also, reformat your computers.

Read on for some classic interweb scammin comedy and a followup from our clueless scammer. I actually got him to take a look at this post. This moron was actually waiting for me to send him the confirmation code. Honestly, who falls for this stuff?

I tell you, this is some of the most fun I've had online in quite some time. In the immortal words of the great Kanye West:

I couldn't agree with you more, Kanye. Three cheers. Or in the immortal words of my dear scammer:

-Don't use windows (flame on)

-Don't expect to never get hacked, it may very well happen to you (or me) 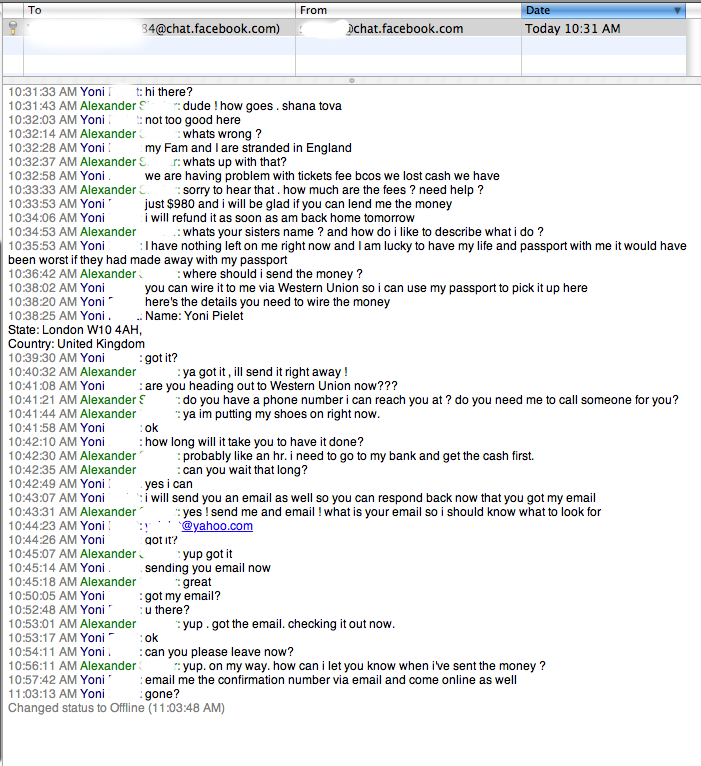 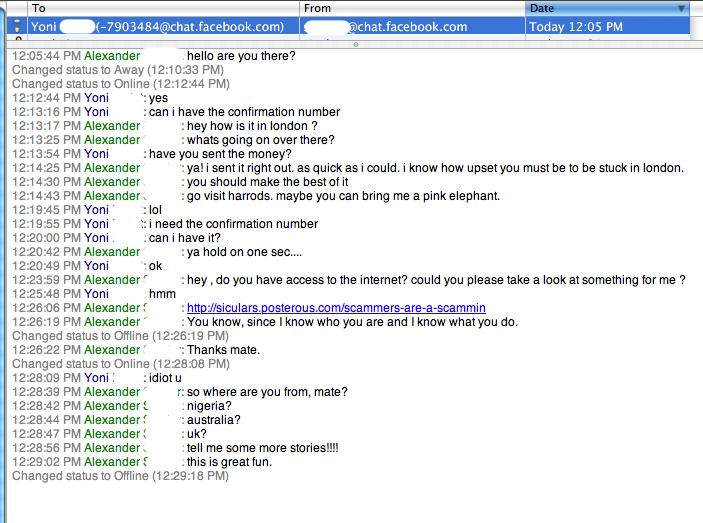